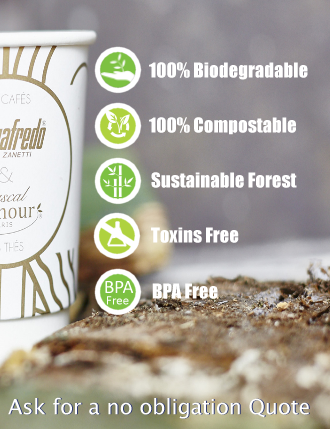 Trash challenges to clean up the world Time and again, viral trends sweep the internet, bringing people together to partake in various types of challenges. And visibly, the world needed another hashtag for people to become more conscious to the waste accumulating in the environment and the need to do something about it. The #trashtag is the latest viral trend on social media, encouraging people to compete to fill as many trash bags as possible.

Reckoned as a positive viral trend on social media, the #trashtag is encouraging people to post before and after pictures of areas that they clean up. From beachgoers to hikers, from youngsters to families, internet users across the world are sharing before and after pictures and selfies of areas they have cleaned up, proudly showing filled up trash bags and clean areas. A refreshing internet trend, the #trashtag  is bringing people together for a good cause.

Around the world, people are sharing pictures of themselves picking up litter in streets, parks and beaches, urging others to start cleaning up their communities as well. According to personality psychologists, the people participating in the #trashtag challenge demonstrate major personality traits of the Big Five personality theory:  conscientiousness, openness to experience, extraversion or introversion, agreeableness and neuroticism. These traits are not only considered as vital to success.

The concept of this challenge sprouted years ago when a company promoted the idea in view of protecting threatened wilderness areas. And recently, people have started adding “trashtag” into their weekend trips, encouraging others to find areas that need some cleaning or maintenance, and to actually do something positive about it. Many people are going beyond the mere ‘trend’ and sharing messages on the need to protect natural landscapes. In the same vein, they are highlighting how day-to-day decisions can have tremendous impacts.

Internet users seem to have become more conscious of their daily habits, especially in terms of waste. For the majority, plastic had become an accustomed item and they are realizing that planning ahead and buying bulk can help save tons of ‘usual day’ plastic packaging from being added to the landfills. People are also becoming increasingly conscious on the quantity of packaging used when eating out. From paper towels to bags, the list can be long.

Packaging companies are not turning a blind eye to the plastic waste problem. The public focus on the impact of plastic waste is playing a great role in urging them to innovate and build a momentum to lead in the packaging industry. Many companies are rethinking their way of doing business, producing plastic packaging when useful and paper packaging where possible. They are privileging paper packaging as a material of choice as it is both compostable and from renewable resources. At the same time, a good number of leaders in the packaging industry are working hand in hand with business and governments to find a long-term solution for plastic waste. Such cooperation is expected to drive innovation and trigger systemic change throughout the plastic value chain.

The Earth is choking under plastic waste

Pollution from plastic waste is increasing in alongside its exponential production. In a recent report, the WWF warns about this “ecological disaster” and suggests ways to curb it, such as bidding heavily on making it an attractive recycling option. Since the year 2000, the world has produced as much plastic as all the previous years combined. Every year, the production and consumption of packaging and other plastic components is getting higher than the previous year.

The global production of plastic waste could increase by 41% by 2030 and the amount accumulated in the ocean could double by 2030 and reach 300 million tons if nothing concrete is done to curb the pollution. Humans are not safe amidst this accumulation of plastic waste. A recent study on bottled water revealed microplastic contamination in 93% of the bottles, from eleven different brands in nine countries.

Apart from the Earth, the sea is also choking with plastic waste. Each second, some hundred tons of waste (out of the 4 billion produced annually) end up in oceans. The majority consists of plastics. Amidst this worrying fact, certain experts do not hesitate to speak of a “seventh continent” made of floating objects or microplastics that are invading beaches and seabeds.  Depending on their properties and their thickness, these types of plastic waste have different lifetimes: ranging from one to 5 years for nylon threads, from one to 20 years for fine plastic packaging, up to 450 years for plastic bottles, and 600 years for nylon fishing lines.

Dispersion of plastic items and particles at sea has become a global crisis. While polyvinyl chlorides have a higher density than seawater and sink immediately, polyethylene micro-debris remains on the surface due to its low density. It is estimated that 30,000 to 40,000 tons of microplastics float on the oceans and can travel long distances, sometimes thousands of kilometers from one continent to another. All depends on currents, winds and tides. A study conducted in 2014 estimated at that time that the total pollution of the ocean surface was at 5.250 billion particles, or 269,000 tons of plastics. This figure has no doubt increased since that period as the very production of plastic has soared as well.

In the early 2000s, alerts were issued after the discovery of floating plastic waste accumulation areas, what some call the “seventh continent”. The Mediterranean, for instance, is an area more exposed to marine litter due to its weak currents and tides, and noteworthy urbanization and tourism. Plastics account for 70 to 80% of the waste observed on the coast, on the surface and on the seabed. At least a thousand sea turtles die each year due to plastic waste in the sea and oceans. Over 240 different animal species have also been listed as having ingested plastic. But these animals are often unable to absorb plastic, resulting in internal burns, digestive occlusions and death.